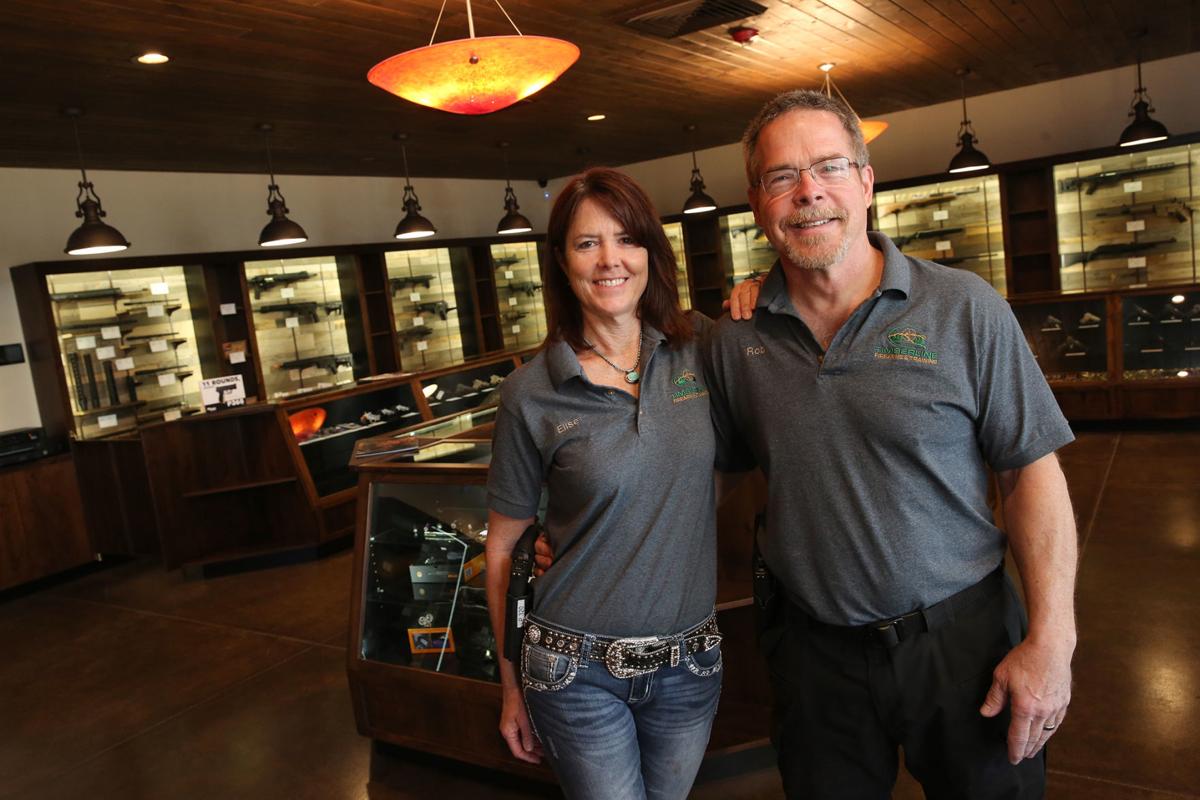 When Rob and Elise Wilson’s Timberline Firearms and Training facility came up for public comment before the county planning commission, reactions were decidedly mixed. But since its opening on May 25, the reception has been largely positive, Rob Wilson said.

The facility employs 13 and the Wilson say they have a steady and growing stream of customers. The range started construction in August of last year, a process that also included the relocation of more than 50 prairie dogs on its lot. The animals were rehoused with help from Habitat Harmony, which inoculated them and placed them in a former prairie dog colony in the Petrified Forest.

The facility has 30 firearms for rent as well as a retail space devoted to the sale of firearms and nonlethal weapons such as Tasers. It opens its doors at a time when gun laws are the center of contention.

Wilson’s goal for the shooting range, he says, is to promote safe gun practices and mediate irresponsible gun use.

“It encourages people to be more responsible,” he said. “Until we opened this, the only place you could practice shooting was at the wildcat ranges in the forest.”

Shooting Range in Flagstaff Set to Open This Month

Orginal Article Posted on NAZ Today | Tuesday, March 6, 2018 9:27 pm A new indoor shooting range, Timberline Firearms and Training, is opening in Flagstaff later this month. One of the owners Rob Wilson says, “Our motto is safe and responsible firearms ownership, and that’s really what this facility is all about. It’s a […]

Shooting Range in Flagstaff Set to Open This Month